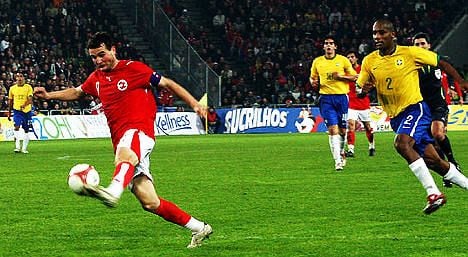 Switzerland have just four points from as many matches in Euro 2012 qualifying, and the departures of two key players leaves team coach Ottmar Hitzfeld with a daunting task when his team face England at Wembley Stadium in June.

Hitzfeld engaged in lengthy discussions with the players before accepting their resignations, according to a statement from the Swiss Football Association.

“I can say with a clear conscience that I’ve always tried to give my best,” said Frei.

Streller, 29, who netted 12 times in his 37 appearances, shared Frei’s disappointment with some of the team’s supporters as he hung up his international boots.

“I wish my young colleagues in the national team the best for the future, and hope above all that they have the support of the fans even in difficult times,” said Streller.