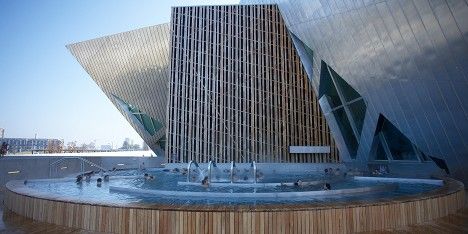 The roof fall at the leisure Bernaqua pool and spa, part of the large Westside shopping centre complex on the outskirts of Bern, caused the evacuation of hundreds of people on Tuesday. One injured person was taken to the hospital, a statement from Bernaqua said.

“Bernaqua deeply regrets this incident and is working hard to clarify its causes as soon as possible,” the statement said.

The Corriere del Ticino newspaper reported that the public prosecutor in the district of Bern-Mittelland has opened an investigation to determine whether errors were made in the construction of the site.

The center, which opened in 2008, remains partially closed as the investigation continues. A few days after the complex’s inauguration, part of the ceiling in a fast-food area collapsed, injuring two children, the newspaper said.