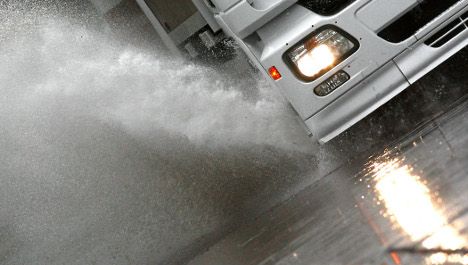 The Cantons of Zug and Schwyz reported the majority of damages caused by the weather, the Swiss media reported, with over 300 emergency calls recorded.

Dozens of fire fighters were deployed in the area to help people with flooded basements and garages, and even small landslides.

No one was reported injured, but dozens of people have fled their homes as a precaution and spent the night in shelters and hotels, according to the reports.