“By sending a special envoy to Benghazi, Switzerland is signaling its intent to strengthen its presence there, and to intensify its political relations with the Libyan National Transitional Council,” said the Swiss Foreign Ministry.

“The special envoy is entrusted with the task of safeguarding Switzerland’s interests in Benghazi, promoting and intensifying contact with the NTC, and with opening a liaison office,” it added.

Switzerland stressed that the NTC is its “sole legitimate partner for contact” before strife-hit Libya is able to elect a government.

Swiss President Micheline Calmy-Rey had met a member of the rebel leadership in Bern as early as March 9th, just four days after the NTC was set up.

The Swiss embassy in Tripoli has been closed since February 27th due to security reasons, said the ministry.

Before the unrest erupted in Libya this year, Bern and Tripoli were locked in a bitter diplomatic row involving one of Libyan leader Moamer Kadhafi’s son.

That dispute had erupted in 2008, when Hannibal Kadhafi and his pregnant wife were briefly arrested at a Geneva hotel on suspicion of mistreating two of their domestic staff, prompting Libyan retaliation. 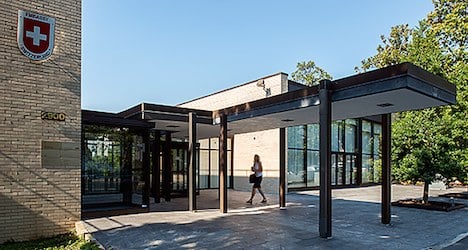