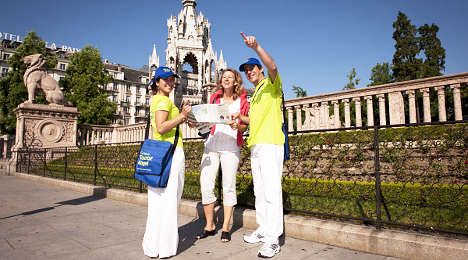 The Geneva Tourist Angels will spend the next month wandering the streets of the city offering personalized advice to visitors. Clad in a light-green and blue uniform marked with the slogan “need help?”, the team will mainly help visitors in French and English, but can also provide assistance in German, Italian, Spanish, Japanese and Turkish, said the city’s tourist office.

The initiative runs through August 15th 2011 and will centre mainly on the area around the lakeshore, while also stretching to the old city, as well as areas around the offices of the many international organisations, it said.

“We want to reach out to tourists, so that they feel supported in a spontaneous way and offer them a service that is a little more personal,” Bernard Cazaban, an official with the Geneva Tourism Office, told news agency ATS. “We want to give a warm image of Geneva.”

The “angels,” who for the most part are students, were picked for their language abilities and extrovert attitude, ATS said.