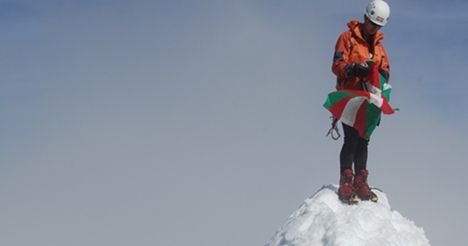 The Adventure Tourism Development Index, compiled by researchers at George Washington University in the United States, compared the adventure tourism sector and its development potential in 195 countries.

“Switzerland is ranked number one for its commitment to sustainability (28.8 percent of the country is protected, and it ranks second on the Environmental Protection Index), support of entrepreneurs, and strong adventure,” said the report.

While the study had also put Switzerland in first place in 2008, the country lost its top standing in 2009 to Iceland. But it knocked the Nordic country back to second in 2010. New Zealand came in third.

“The Swiss are avid travelers and outdoor enthusiasts and many places have a recreational culture that serves the tourism industry well,” the report’s authors said.

The ranking did not surprise the deputy directory of the Swiss tourist office, Urs Eberhard, who told the online website 20 Minuten that Switzerland “is the cradle of adventure tourism.”

More than 150 years ago, English tourists were making their way to Switzerland to climb mountains and descend into ice crevasses. The country has records of hotel nights dating back to 1934.

Many of the tourists coming for an adventure thrill make their way to Interlaken, which has become something of the Mecca of adventure sports in Europe. These days, paragliding and skydiving among the peaks are particularly popular and in 2010, more than 30,000 people took to the air. River rafting and cycling are also crowd pleasers.

“Adventure sports really took off in 2006 and have since become a central pillar of our marketing strategy,” said Patrizia Pulver of Interlaken Tourism.

Despite the good news from the ranking, the strong franc has put a damper on the industry this year. While growth has come from the Asian market (some 60 percent of all backpackers to Interlaken are from Asia), the weakness of the dollar has hurt business.

Because of the strong franc, American backpackers have almost completely disappeared from Interlaken.

According to the Swiss tourism board, ongoing economic problems in the United States and uncertainty in the eurozone lead to a big decrease in visitor numbers in July.