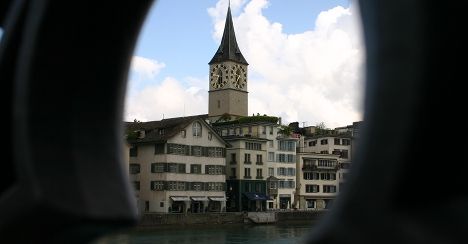 Surrounded by four different countries – Germany, France, Austria and Italy – Switzerland lies in the centre of Europe. This multilingual country is split into three main language areas: in the north and east of the country German is the main spoken language, French in the west and Italian in the south. Home to some of the best skiing areas in Europe, Switzerland is one of the continent’s most popular winter destinations. With the Alps in in the centre and south and the Jura in the northwest, skiers can chose from a wide range of ski-slopes.

Switzerland also has lots to offer for those with an interest in history and nature. Its capital Bern, with about 140,000 habitants, attracts history enthusiasts with its medieval buildings and streets. Switzerland’s largest city, Zurich, with a population of about 350.000, is predominantly known for its large financial centre and is well worth a visit – as are Geneva, Basel and Lausanne.

Here are some other top locations and recommendations for your trip to the small heart of Europe:

… when in Lake Geneva

Once used as a watch out point by the Counts of Savoy, this thirteenth century castle allows you to have a look into the castles prison cells as well as the weapon room and the torture chamber. The castle is located on the edge of Lake Geneva, which makes the breathtaking views over the landscape a nice addition to your historical trip.

This church was already built in the 13th century but it became famous due to the addition of the clock in 1534. It is now renowned for its large clock which measures almost nine meters in diameter and thus a very popular attraction for many tourists coming to Zurich.

The Glacier Garden gives you the chance to have a explore potholes containing fossils almost 20 million years old. Besides these you can also visit the ‘Mirror Maze’ and the ‘Lion Monument’, which was built for the mercenaries who died in the French Revolution. All of this is complemented with an interactive show for visitors.

This clock tower built in the 13th century is located in Switzerland’s capital and used to be the town’s landmark. After the clock was destroyed in a fire in the 15th century a new clock was constructed, which is still working today, attracting many visitors.

…and for trip through the countryside

Travelling through the Bernese Oberland, the Jungfraujoch Railway gives you the opportunity to look at the landscape from above. It is about two miles above sea level and the train ride is a real adventure.  And when you arrive at your destination, you will find a lot of other attractions, including an ice palace and dogsled rides.

Book a tour in Switzerland

Find out more about Switzerland