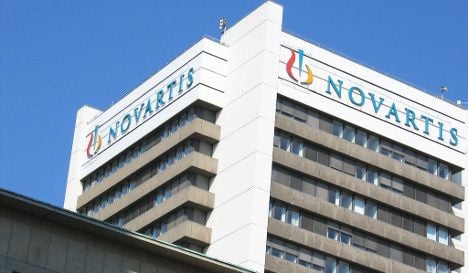 The warning came as India’s Supreme Court was due to hear more arguments on Tuesday in an appeal by Novartis seeking patent protection for a newer version of its leukaemia drug Glivec — a case watched closely by global pharmaceutical firms.

“If the patent law challenge is successful, it would have a devastating impact on access to affordable medicines across the developing world,” Leena Menghaney, India representative of Medecins Sans Frontieres (MSF), told a news conference.

Novartis is contesting the Indian patent office’s rejection of a patent application for the updated version of Glivec that is better absorbed by the body. MSF calls the improvement a “minor modification”.

The drugmaker’s challenge goes to the heart of India’s patent act, which says a patent cannot be granted for an old drug unless changes make it significantly more therapeutically effective.

The Supreme Court case is the final act in a lengthy legal battle between Novartis and patient rights groups in India, where local firms produce generic drugs at a fraction of the cost of brand-name originals.

Indian generic versions of Glivec sell for 8,000 rupees ($174) for a month’s treatment compared with 120,000 rupees for the brand-name version, MSF said.

Pharmaceutical multinationals argue that protecting patents is crucial to stimulating the research and development of new drugs.

India, known as the “pharmacy to the developing world,” has long been a key provider of cheap generic medicines as it did not issue drug patents until 2005, when it was obliged to adhere to WTO intellectual property regulations.

Now, India allows patents for new inventions after 1995 or for an updated drug showing much greater therapeutic efficacy. The base compound for Glivec was discovered in 1993.

But India rejects applications for minor changes to existing drugs, which critics say are aimed at extending the life of original patent monopolies from their original 20 years — a practice known as “evergreening”.

A spokesman for Novartis said on Monday the court’s decision was essential to the “viability of the innovative pharmaceutical business in this country”, adding that Glivec had received patent protection in nearly 40 countries.

The cost difference between generic and brand name drugs is crucial for poor people around the world, MSF said, noting generics from India have pushed down prices for older anti-AIDS drugs by 99 percent.

MSF buys 80 percent of its generic AIDS drugs from India and the humanitarian group said it is currently keeping 170,000 people in 19 countries alive on the treatment.

“We couldn’t afford to treat them all without these generic drugs,” Joanna Keenan, spokesman for Geneva-based MSF, told AFP.

If the court accepts Novartis’s arguments, the ruling could set a precedent allowing firms to acquire patents on modified versions of existing medicines — extending the time of their exclusive right to make drugs, MSF said.

“It would create a scenario in which only the richest survive. The outcome of this case is literally a matter of life and death for people,” Loon Gangte, who heads an Indian group representing people living with HIV/AIDS, told AFP.