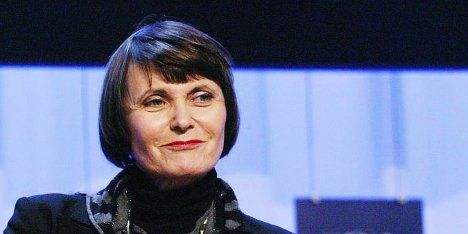 “I am here today to announce I will not present myself as a candidate in the next elections in December … after almost nine years in government,” Calmy-Rey said on national television Wednesday afternoon.

“I worked to develop our presence beyond Europe, to become and remain a key player outside of Europe,” she said.

Swiss presidents are chosen annually by a joint session of parliament among the seven members of the government, or Federal Council. The position, largely honorific and with little powers, usually rotates among the government members.

The departure of Calmy-Rey, who has been in government since 2003, is seen as part of a Socialist Party strategy ahead of the October 23 parliamentary elections. Calmy-Rey said the decision was taken in consultation with party members.

The elections are expected to be hard fought between the Socialists and the far-right Swiss People’s Party, currently the biggest group in parliament and expected to win more seats.

At the end of the conference, Calmy-Rey tried to summarize her nearly nine years as head of the Swiss diplomatic service.

“The limits between internal and external politics are getting smaller,” Calmy-Rey said. “There is no national consensus on how to position Switzerland internationally.”

But, she added, “Switzerland is a neutral country, with nothing to hide.”

Calmy-Rey, born in 1945, worked in a family firm for over 20 years before moving into politics in 1997. She was elected to the Federal Council in December 2002, to become the first grandmother to sit in government.

Nicknamed “Cruella” because of her trademark blond highlights, she admitted to being intransigent.

She caused controversy by espousing a form of foreign policy which she called “active neutrality”.

For example, she proposed keeping a record of all the people killed in the Iraq war, a suggestion which fell on deaf ears.

But despite the controversy she remained popular with large swathes of the population.

Rumours have been circulating for weeks about her imminent departure, but Calmy-Rey had previously refused to comment. 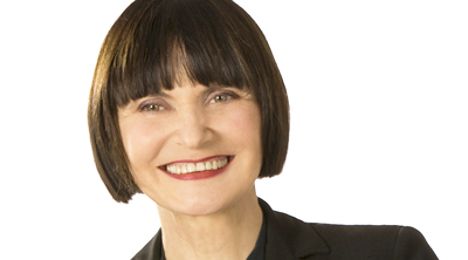 Switzerland’s national press appraised Calmy-Rey’s years in office after she announced her plans on Wednesday to step down as president and foreign minister at the end of her term.

Newspapers noted the originality and strong will of the retiring minister, who was often criticized for an aggressive foreign policy.

Calmy-Rey was “largely immune” to “blazing criticism”, the NZZ newspaper wrote, adding that she “remained firm and at times pig-headed”. Nevertheless, her “occasional display of provocative individualism was not detrimental to her image.”

On the contrary, “the fact that she swam against the current” made her popular, according to NZZ.

With the departure of Calmy-Rey, the “era of the alpha beast” is coming to an end in the Swiss government, writes the NZZ. The newspaper also categorizes Swiss People’s Party leader Christoph Blocher and Pascal Couchepin of the Free Democratic Party as “belonging to this species”.

Calmy-Rey is the woman “who put Switzerland on the world map of international relations and put the world on Switzerland’s agenda”, according to Blick newspaper. “A stateswoman is leaving who will be missed by the country.”

Markus Somm, editor-in-chief of the Basler Zeitung (BaZ) and the author of a biography on Christoph Blocher, was more critical of Calmy-Rey’s legacy:

“She is leaving behind a ruined landscape, whose craters and scorched earth will be visible for years. Hardly any other president has done more to erode the place of Switzerland in the world or shatter the reputation of this country.”

Opinion at the Berner Zeitung (BZ) was more positive:

According to BZ, Calmy-Rey was the first Swiss foreign minister to be recognised for “taking diplomacy out of its secretive atmosphere behind closed doors” and “speaking undiplomatic plain language on occasion.”

However, BZ also writes that she “often went overboard with her inclination towards self-promotion and her over-interpretation of neutrality politics.”

“She had little feeling for strategic questions and therefore often neglected neighbouring countries. Berlin, Paris and Rome especially got a raw deal during Calmy-Rey’s nine years in office,” according to Geneva newspaper Le Temps.