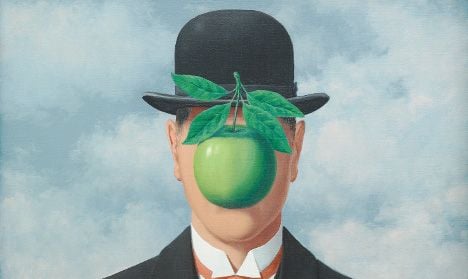 There are many methods of traveling into the human psyche, but perhaps one of the best ways to submerge oneself in the world of dreams and the unconscious mind is through the works of Surrealist art.

Through January 29th 2012, the Fondation Beyeler of Basel promises to make the trip much easier thanks to an exhibition of almost 300 works and manuscripts by masters including Salvador Dalí, René Magritte, Joan Miró, Max Ernst, and Francis Picabia.

The impact of Surrealism still reverberates in today’s art after emerging in Paris in 1924. Members of the artistic movement, initiated by André Breton and inspired by the writings of Sigmund Freud, set out to change life and society through non-conformism and the power of the imagination.

In their paintings, the Surrealists translated their ideas into strange figures, ambiguous scenes and mysterious characters that leave the viewer with a feeling of eeriness. The sensation becomes stronger in the numerous examples in which the visitor becomes part of the masterpiece, as is the case in Ernst’s ‘The King Playing with the Queen’ (1944), a plaster sculpture that puts the viewer in the role of the player in a chess game.

A special feature of the show is the inclusion of two superb private collections of Surrealist art, those of Peggy Guggenheim and André Breton’s first wife, Simone Collinet. Both are premieres — these works do not travel too often, so it is a unique opportunity to see pieces like Max Ernst’s ‘The Antipope’ (1941-1942).

Dalí fans will be delighted by the last room of the exhibition, dedicated to the Spanish painter, arguably the most famous Surrealist of all. An outstanding group of his masterpieces are on view, and include paintings such as ‘The Enigma of Desire’ (1929) or ‘Metamorphosis of Narcisus’ (1937).