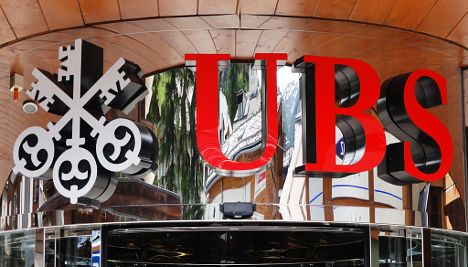 “UBS expects to report a modest net profit for the group and positive net new money in its wealth management businesses for the third quarter of 2011,” the bank said in a statement.

When the bank first announced the discovery of the massive fraud perpetrated by 31-year-old trader Kweku Adoboli, it warned that it might be forced to report a loss for the three months ending September due to the unauthorised trade.

However, the bank said it now expected a small profit even after taking into account losses from the incident as well as 400 million francs ($435 milllion) worth of restructuring charges linked to its
cost-cutting programme.

Credit gains of 1.5 billion francs from its financial liabilities as well as the sale of treasury related investments had net it 700 million francs, largely cancelling out the losses.

The bank said however that its Tier 1 capital ratio — a measure of bank’s capital strength, was expected to decline slightly compared to the second quarter due to the impact from the incident.

He bought and sold exchange traded funds, which track different types of stocks or commodities such as precious metals.

UBS has accused Adoboli of carrying out “fictitious” trades.

He was arrested at the bank’s London offices in the early hours of September 15th. Within hours, the bank announced it had lost $2 billion through unauthorised trading, but it later raised the estimated losses to $2.3 billion.