“Just 2.5 months after collection began, 120,000 signatures for the SVP initiative ‘against mass immigration’ have been collected,” said the Swiss People’s Party in a statement.

Under Switzerland’s direct democracy rules, any individual can push for a referendum on condition that he or she collects more than 100,000 from eligible voters to support the cause within 18 months.

The SVP said it would now begin the process of verifying the collected signatures with the aim of filing its initiative at the beginning of next year.

According to the initiative’s draft text, the party wants Switzerland to “manage the immigration of foreigners in an autonomous manner”.

In addition, it requires the country to impose a quota on the annual numbers of migrants admitted.

Any international treaties contravening these requirements “should be renegotiated and adapted within a deadline of three years”.

Switzerland used to accept only a specific number of migrants annually. But after signing a deal with the European Union, citizens from the bloc are now free to reside in the country, provided that they are financially self-sufficient.

If accepted by the population, the SVP’s initiative would therefore have an impact on the free movement of people treaty with the EU.

Migration is the biggest issue of the October 23rd elections in Switzerland, according to opinion polls.

The SVP had launched its anti-migration initiative in tandem with its campaign for the federal elections, with posters in train stations and city centres depicting the legs of men in suits marching across the Swiss flag, bearing the slogan “That’s enough. Stop mass migration”.

At the end of August 31, 2011, foreigners living in Switzerland numbered 1.751 million, making up 22.3 percent of the country’s 7.9 million-strong population.

PARTNER CONTENT
Your vote matters: get your US election ballot in today 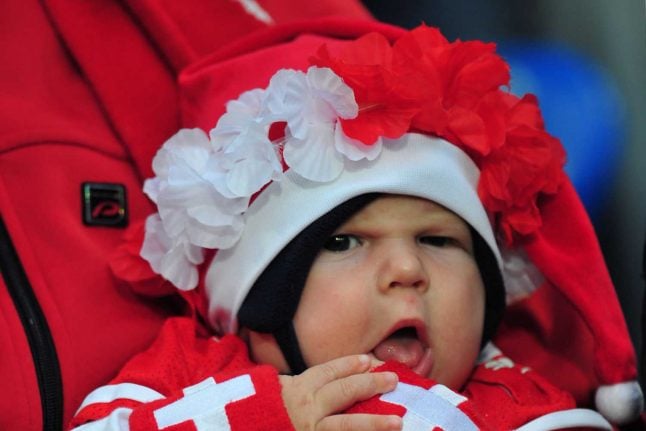 On September 27th, Switzerland will hold a vote featuring five referenda topics – including three which were originally scheduled for May but were postponed due to the coronavirus pandemic.

Among the five points is the controversial paid paternity leave initiative.

What is the initiative?

The plan is to extend this to two weeks for all biological fathers. How much will the plan cost and who will pay for it?

The measure would require an increase of 0.05 points in the social contributions, the referendum’s sponsors say.

Who is entitled to it?

Only biological fathers are entitled to the leave – meaning adoption cases are excluded.

In order to receive the benefit, fathers will need to have worked for a minimum of five months in Switzerland.

In addition, they must have contributed into Switzerland’s pension scheme for at least nine months.

Who is in favour of the bill – and why is it being put to a vote?

As reported on recently in the Neue Zürcher Zeitung (NZZ), the plan has had a tumultuous history.

Originally, the proposal was supported by the right-wing Swiss People’s Party and opposed by the Swiss political establishment, including current health Minister Alain Berset of the Social Democrats.

The parties have done a switcheroo. Now, while it is supported by Berset and much of the Swiss political establishment, it is opposed by the SVP and other right-wing groups.

Berset said it was necessary to support families and to improve equality between men and women under Swiss law.

While it was passed by Swiss parliament, the reason it came to a vote was due to the SVP and other right-wing opponents gathering more than 50,000 signatures.

As per Switzerland’s direct democracy rules, it must now be put to a nationwide referendum.

As yet, polling has been spotty.

The NZZ reports that the initiative has a “good” chance of succeeding, although the failure of previous initiatives has supporters sceptical.

Why is Switzerland behind its neighbours?

Paternity leave has been fuelling political debates in Switzerland for years, with the parliament repeatedly turning down various proposals that called for a four-week leave.

Last September deputies finally backed the one calling for a two-week leave, seeing it as a compromise in the face of the four-week proposal developed by the trade union Travail Suisse.

PARTNER CONTENT
US election countdown: six reasons to get your absentee ballot now

ELECTION
Everything you need to know about Switzerland’s paternity leave referendum
Url copied to clipboard!