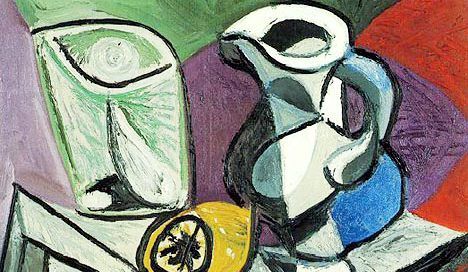 The two oil paintings “Tete de Cheval” from 1962 and “Verre et Pichet” from 1944, valued at €3.1 million ($4.3 million), were discovered in a joint operation by Serbian and Swiss police, a police statement said.

The two paintings, one showing a horse’s head in blues, greys and whites and the other a still life of a glass and pitcher in red and green, belong to the Sprengel museum in Hanover, Germany, but were stolen from the cultural centre in Pfäffikon, near Zurich, while on loan in 2008.

The Serbian authorities said an investigation into how the paintings came to be in Serbia and how they were hidden had been launched.