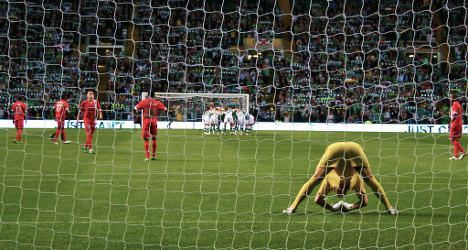 FC Sion were thrown out of the tournament on September 2nd after being found guilty of fielding ineligible players, with Scottish club Celtic handed their place in the group stages despite losing the play-offs 3-1 on aggregate.

The Swiss side had taken the case to several regional courts which found in their favour.

UEFA has so far not complied with the Swiss court ruling but said it would comply with a ruling by the Court of Arbitration for Sport (CAS), which is due to deliberate on November 24th.

FC Sion’s complaint, which was filed jointly with some of their players, claims that UEFA violated rules, including the “right of access to an independent and impartial judge” as well as the free movement of workers under the EU-Swiss treaty.

“Two Swiss jurisdictions have ruled in our favour but UEFA continues to openly violate these two decisions and insist that the CAS has the last say,” said Christian Constantin, president of the club.

“As a result, as others before us, we have been constrained to bring this case before the EU justice,” he added.

The club has hired Jean-Louis Dupont as its litigator.

Dupont had argued the case for Belgian player Jean-Marc Bosman against his club FC Liege, which had refused the player’s transfer to French club Dunkirk.

In 1995, the European Community’s court found in Bosman’s favour as it ruled that UEFA’s rules contradicted an EU treaty on the free movement of people.