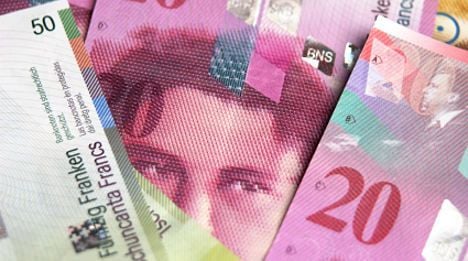 “We are waiting for it to weaken over time … if that is not the case, it could lead to deflation pressure and weigh heavily on the economy,” Hildebrand said.

“If the economic outlook and deflation pressures require it, then we are ready to take new measures” to weaken the currency, he added.

Over the past two years, and increasingly in 2011, investors have put their money into the traditional safe haven of the Swiss franc as they sought to escape the turmoil caused by the eurozone debt crisis.

However, as they have bought Swiss francs, its value has risen steadily, sparking fears it could undercut Switzerland’s key exports and so dampen the economy.

The central bank has taken several measures to try and reverse the gains in the Swiss franc but continued turbulence in the markets has meant the currency remains sought after.

Hildebrand did not give a target level for the Swiss franc, currently worth around 1.22 to the euro but business leaders have called for a rate around 1.30-40.

In September, the central bank set a ceiling of 1.20 for the Swiss franc, aiming to keep it from gaining any more ground against the euro.