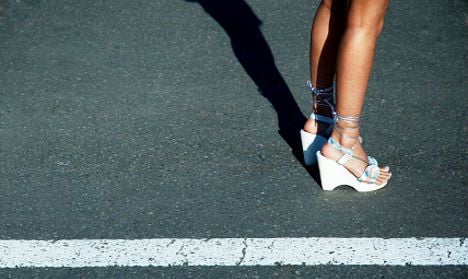 In Europe, only Spain has more prostitution enthusiasts than Switzerland, according to a recent study conducted by Apramp, a Spanish association dedicated to helping prostitutes.

39 percent of Spanish men have visited a brothel at least once, a figure still far from world leader Thailand, with 73 percent of men having visited a prostitute at least once. Puerto Rico is second with 61 percent.

According to Thierry Schmidely, who has owned a brothel in Lausanne for 15 years, there is no average profile for sex customers.

“There are people of all ages and social classes,” he told newspaper Blick. “But there is still a huge taboo when it comes to sex; it’s a pity,” he added.

Prostitution is legal in Switzerland but sex workers have to register with city and health authorities, as well as agreeing to have regular health checks.

There are more than 10,000 prostitutes in Switzerland, according to a survey conducted last year by newspaper Der Sonntag.