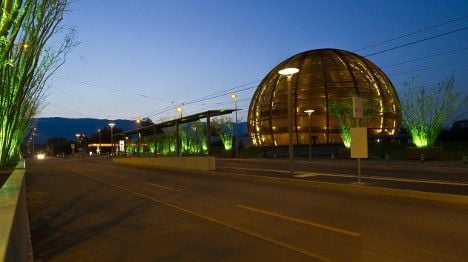 But counterparts in the United States said the experiment still did not resolve doubts and the Europeans themselves acknowledged this was not the end of the story.

On September 23rd, the European team issued a massive challenge to fundamental physics by saying they had measured particles called neutrinos which travelled around six kilometres (3.75 miles) per second faster than the velocity of light, determined by Einstein to be the highest speed possible.

The neutrinos had been measured along a 732-kilometre trajectory between the European Centre for Nuclear Research (CERN) in Switzerland and a laboratory in Italy.

The scientists at CERN and the Gran Sasso Laboratory in Italy scrutinised the results of the so-called OPERA experiment for nearly six months before cautiously making the announcement.

In October, responding to criticism that they had been tricked by a statistical quirk, the team decided they would carry out a second series of experiments.

This time, the scientists altered the structure of the proton beam, a factor that critics said could have affected the outome.

The modification helped the team identify individual particles when they were fired out and when they arrived at their destination.

The new tests “confirm so far the previous results,” the Italian Institute for Nuclear Physics (INFN) said in a press release.

“A measurement so delicate and carrying a profound implication on physics requires an extraordinary level of scrutiny,” the INFN’s president, Fernando Ferroni, said.

“The experiment OPERA, thanks to a specially adapted CERN beam, has made an important test of consistency of its result. The positive outcome of the test makes us more confident in the result, although a final word can only be said by analogous measurements performed elsewhere in the world”.

In France, Jacques Martino, head of the National Institute of Nuclear and Particle Physics at the National Centre of Scientific Research (CNRS), said “the search is not over.”

“There are more checks of systematics currently under discussion, one of them could be a synchronisation of the time reference at CERN and Gran Sasso independently from the GPS (Global Positioning System), using possibly a fibre.”

A paper describing the re-run is published on Friday in the open-access Internet science journal, ArXiv.

In the United States, the famous US particle physics laboratory, Fermilab, said the experiment still failed to resolve questions as to whether the flight of the neutrinos had been accurately timed. Just the tiniest error would skew the whole findings.

“OPERA’s observation of a similar time delay with a different beam structure only indicates no problem with the batch structure of the beam, it doesn’t help to understand whether there is a systematic delay which has been overlooked,” said Jenny Thomas, co-spokesman for the Chicago-based lab’s own neutrino experiment, MINOS.

MINOS uses a particle beam generated at Fermilab outside Chicago, with a detector at a mine in Minnesota.