The man, named as José, had planned to spend some days skiing with his wife and child in Saas-Fee in the south-east of the country, but what was intended as a pleasant winter break ended in tragedy.

“We came for holidays and we are going back to Spain with our child in a coffin,” he told news agency EFE.

The accident took place at an altitude of 2,900 meters while the six-year-old boy was training with a ski instructor. The avalanche, 100 meters wide and 300 long, covered him completely. Resort officials and police from canton Vaud said on Thursday that it took rescuers 45 minutes to find the child.

However, José, who wants to keep his surname private, disagrees with the official version of events. He said he will sue the ski resort because he believes his son’s life could have been saved.

According to his account, the child was buried under the snowslide for at least an hour and a half.

His calculations are based on the fact that he left his son and the instructor at the chair lift at 10.05am. Fifteen minutes later, he took the lift himself.

While going up the mountainside, José saw that an avalanche had taken place but didn’t attach much importance to it, thinking it had probably happened during the night. The official avalanche alert was not activated until 11.45am, which he believes was more than an hour after it occurred. His son was not found until after midday.

“I even skied in the area where the avalanche had taken place, and I did not see anyone taking special [safety] measures,” he said. “What surprised me was the fact that I did not see them, so I thought they probably stayed at a lower altitude because there was bad weather and a lot of wind.”

When found by rescuers, José’s son was brought to the University Hospital of Vaud, in Lausanne. He was still alive at the time but had a body temperature of 14 degrees.

“When I told doctors that his level of hypothermia did not match the amount of time they said my son had been under the snow, they said my version made more sense [than that of the ski resort’s management],” José explained.

The boy’s instructor survived the first avalanche of the year in the Swiss Alps. She was only partially covered by the snow slide and was found shortly after the accident in good health.

A police investigation is underway. 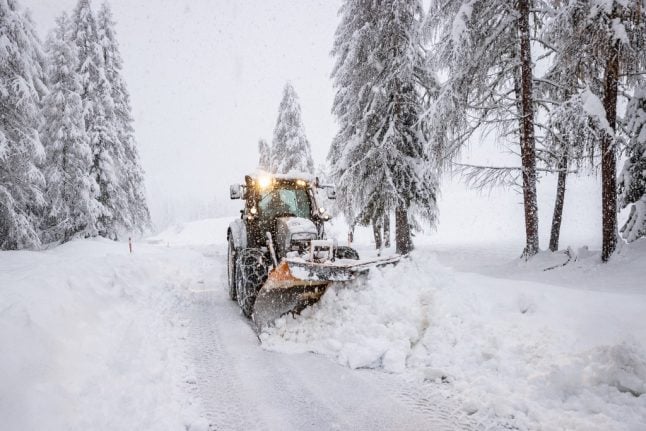