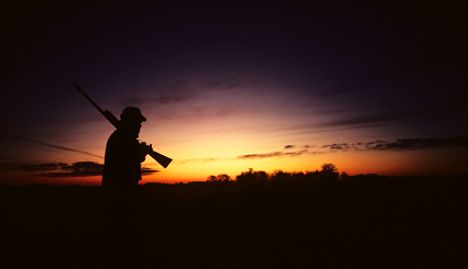 Every year, more than 300 people die in Switzerland in gun-related incidents. In many ways, the figure is quite low, when one considers the country has about 2.5 million weapons in private hands — giving it the highest per capita rate of gun ownership in Europe, and the fourth highest in the world.

In the last two months of 2011, however, shots rang out with alarming frequency in a country where around 30 percent of all households keep guns and rifles in their cabinets.

In early November, a 23-year-old man killed his girlfriend using his army assault rifle in the village of Saint-Leonard. The vicious crime sparked fervent debate about the lax monitoring of repeat offenders.

But in a country that cherishes its centuries-old firearms tradition, gun control is a touchy subject.

“The Swiss have this romantic idea of their culture, in the sense that they have to have the means to protect their independence, and everyone is like a citizen soldier,” explains Philip Jaffé, a Geneva-based psychologist who often works with the police in forensic crime investigations.

In the last 15 years, cantonal and federal firearms laws have increasingly been amended to prevent misuse.

But advocates of a gun-free Switzerland have also suffered setbacks, most recently in February 2011, when the Swiss voted on an anti-gun initiative backed by a coalition of 70 organisations.

The proposal sought to create a national registry of weapons, ban the most dangerous firearms (such as automatic and pump-action models), and force militia soldiers to leave their army weapons at the barracks. The ‘Stop Gun Violence’ initiative was defeated, with 56.3 percent voting ’No’.

However, the recent spate of killings has prompted Swiss politicians to rekindle the gun debate, and a parliamentary security commission is currently working on potential changes to the law.

“Every death is one too many, and every weapon that is lying around, whether controlled or not, is a potential danger,” says Christophe Barbey, political secretary of the Group for a Switzerland without Weapons (GSoA).

“How many deaths do we need before we change things,” he asks.

Aside from hunters and collectors, Switzerland also has more than 150,000 active rifle club members, most of whom live in rural regions. The country hosts the world’s largest shooting event once a year.

But experts agree that a surplus of army-issue guns is the most pressing problem, and many feel they should be kept in barracks. Every adult male must complete 260 days of military service before the age of 34, during which period he keeps his pistol or assault rifle at home.

“There is no strategic necessity anymore for soldiers to keep their weapons at home”, says Barbey. “Those times are over,” he adds.

After they are discharged, soldiers are entitled to keep the weapon for the rest of their lives for a small fee. Some 1.5 million of the estimated 2.5 million weapons in the country belong to, or have belonged to, the army.

All of the experts consulted for this article say Switzerland should institute a national gun register to replace the 26 cantonal registers.

The head of the Swiss Agency for Crime Prevention, Martin Boess, also stresses the need for improved information exchange procedures between social services, police, the judiciary, and the army. This would enable the authorities “to see what kind of people are in possession of weapons.”

But while homicides and murders continue to make headlines, the high numbers of gun-related suicides are much less widely discussed. Only when the victims are high-ranking public figures do suicides come to the fore, as was the case in late November when the vice-president of the Zug cantonal parliament, Martin B. Lehman, shot himself at his holiday home in Ticino.

His case was by no means an isolated one. According to Stop Suicide, three suicides take place every day in Switzerland, making for a total of around 1,300 suicides each year. Guns rank second, after hanging, as the most common method, with firearms accounting for a quarter of all cases. This figure rises to 40 percent in cantons like Basel, Thurgau and Zug, according to a 2010 study.

Stop Suicide and similar organisations have been fighting for years for tighter firearms regulations, aware that international studies show a strong correlation between gun availability and suicide.

“The cantons with the highest suicide rates are Uri, Obwalden, Nidwalden and Schwyz, and they also have the highest gun possession rate,” says Anne-Marie Trabichet, a coordinator at Stop Suicide.

In the 1980s, when Canada changed its laws and gun ownership dropped from from 31 to 19 percent, the number of suicides involving guns fell in tandem, from 32 percent to 19 percent.

In 1997, Austria changed its laws to restrict access to guns. Between 1998 and 2005, the country saw an annual reduction of five percent in suicide cases.

“This proves that suicide methods are not transmissible because if they were, the suicide rate would remain and there would be an increase in other ways to kill oneself,” she explains.

Four times more people die from suicide than from road accidents every year in Switzerland. Yet, “suicides are a big taboo,” says Trabichet, who explains that most people are not aware of the extent of the problem and don't think it’s the government’s duty to combat it.

The grey market is also a problem. In 1999, a federal law established that sales of weapons among individuals did not have to be registered. In 2008, the Federal Council amended its decision, but a lot of weapons got lost along the way.

In a recent interview with La Tribune de Genève, the head of the Weapons Service of the Geneva police, Bernard Bersier, said that during those nine years, the authorities lost track of between 20,000 and 25,000 weapons.

Currently, the anonymous sale of weapons is forbidden, but it is almost impossible to monitor all transactions. Police only act when someone reports abuse or suspicion.

In the meantime, cantonal police, judicial authorities and the army have created a working group to set out ways of sharing information about criminal investigations involving soldiers. The army is also working on new measures to reduce the risks related to the abuse of army-issue weapons. 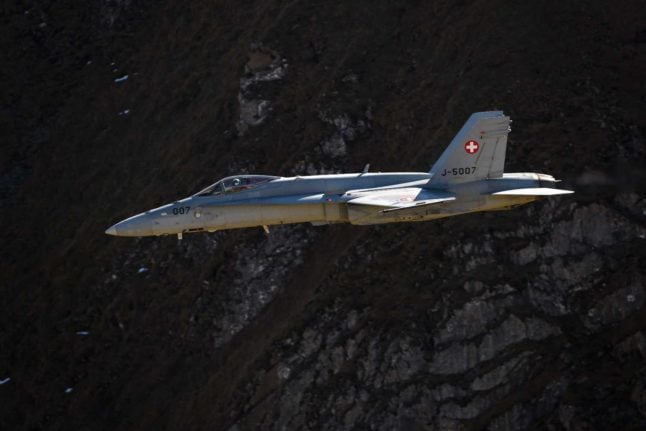