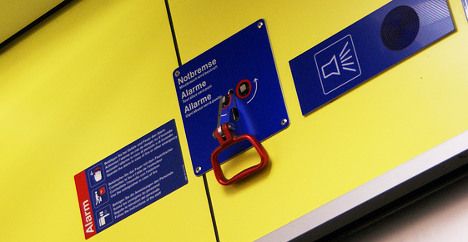 Shortly before eight in the morning, in the middle of rush hour, the sleepy passenger woke up and realized he had missed his stop at Altstetten and was alone in the carriage.

The train was already in Schlieren station, on the outskirts of Zurich, and was on its way to serve a different line connecting the city with canton Aargau. Panicked, the man pulled the emergency brake, said Reto Kormann, a spokesperson for Swiss Federal Railways (SBB), to 20Minuten.ch.

As chance would have it, the dozy passenger brought the train to a halt at a critical junction where several different types of current cross, causing a short-circuit.

“A piece of cable, 200 metres long, fell to the ground,” said Kormann.

As a result, three of the four major lines connecting Zurich with Aarau and Basel were disrupted until 3pm. The fourth line only got back on track at 10pm.

The passenger’s identity has not yet been determined, although the train driver saw a door open and an individual jump out of the carriage before fleeing across the tracks, Tages Anzeiger reported.

“The person could be prosecuted for misuse of the emergency brakes but also for disruption of railway traffic”, said another SBB spokesman, Reto Schärli, to 20Minuten.ch.

Statistics show it’s not uncommon for people to pull the emergency brakes unnecessarily. In 2011, there were a total of 350 such cases, a number SBB says is in line with the yearly average.