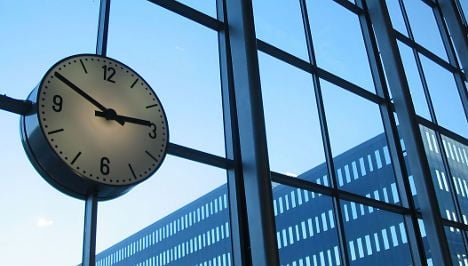 The International Telecommunication Union put off a decision, saying more study was needed into whether to scrap the leap second — the extra moment added to atomic clocks to keep them in sync with the earth’s rotation, which is slowed by the gravitational pull of the Sun and the Moon.

“The decision that we will take is that it is not approved and the matter is to be referred to study group seven for more study,” Alan Jamieson, chairman of the ITU’s Radiocommunication Assembly, said at the close of the meeting.

Without the leap second, hi-tech clocks would race ahead of solar time, amounting to a discrepancy of about 15 seconds every 100 years, experts believe.

The second has been added on 24 occasions since the ITU defined Coordinated Universal Time (UTC) 40 years ago.

But critics say the practice should be scrapped.

Every time a second is added, the world’s computers need to be manually adjusted, a costly practice that also boosts the risk of error.