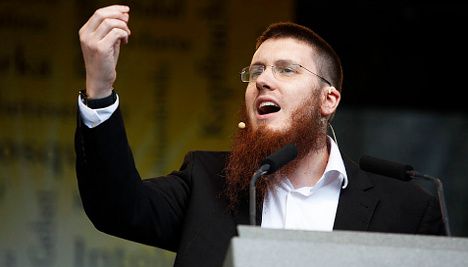 The new TV studios, due to become operational this summer, will play host to a political show, a weekly series on a range of topics seen from a Muslim perspective, and a sermon series, newspaper SonntagsZeitung reports. Sermons are to be given mainly in German, but also in Arabic, Bosnian and Albanian. German subtitles will also be available.

The ICCS is also working towards providing its members with a card that will give discounts of up to 15 percent at a variety of outlets including fitness centres, restaurants and shops.

Health insurance fund Helsana has also confirmed that it is in talks with the organization to give discounts to ICCS members. ICCS president, Nicolas Blancho, is expecting Helsana to give a reduction of 10 percent on insurance premiums, Tages Anzeriger reported on Sunday.

The ICCS is considered by many experts to be a fundamentalist organization, but according to the Tages Anzeiger there is discontent brewing among its members over the leadership style. Blancho in particular is facing criticism for not practising what he preaches.

Council members who do not positively endorse new articles appearing on social media sites such as Facebook would face disciplinary action if they fail to click “like” within 24 hours of the article being posted by the ICCS, Sonntags Zeitung reported.

An anonymous source also accused Blancho and board member Qassim Illi of behaving arrogantly. While many members volunteer their assistance at events, often receiving little or no benefit in return, the president and his team often stay in posh hotels and dine in expensive restaurants, the source told the newspaper.

Writing in Monday's Tages Anzeiger, the president of the Forum for a Progressive Islam, Saïda Keller-Messahli, said the ICCS represented the worst Islam had to offer and was causing "lasting damage to Muslims in Switzerland" with its bid to create "a parallel society".