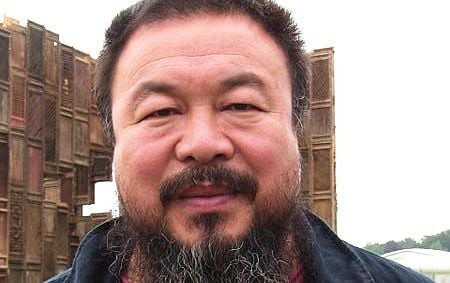 Ai, along with the Swiss firm Herzog and de Meuron, will join forces again to design a pavilion for the Serpentine Gallery in London’s Kensington Gardens park, the gallery said on Tuesday.

“It is a great honour to be working with Herzog and de Meuron and Ai Weiwei,” said gallery director Julia Peyton-Jones.

“We are delighted that our annual commission will bring this unique architectural collaboration to Europe to mark the continuity between the Beijing 2008 and the London 2012 Games.”

In a joint statement, Ai and the architects said the project would involve digging some five feet (1.5 metres) into the park’s soil to collect rainwater, which would be incorporated into the design.

The resulting construction will be “the perfect place to sit, stand, lie down or just look and be amazed,” they said.

Ai — whose activism has made him a thorn in the side of China’s communist authorities — disappeared into custody for 81 days last year as police rounded up dissidents and lawyers amid online calls for Arab-style protests in China.

Upon his release in June, the world-renowned artist was charged with tax evasion. He is currently battling Chinese demands that he pay 15 million yuan ($2.4 million) which he allegedly owes in back taxes.

The 54-year-old artist — whose installation of 100 million sunflower seeds, made out of porcelain, was exhibited at London’s Tate Modern last year — denies the charges and insists the case is a politically motivated attempt to silence his activism.

The Serpentine Gallery has commissioned artists and architects to create a summer pavillion for the elegant 111-hectare (275-acre) park every year since 2000. Previous designers include the Brazilian architect Oscar Niemeyer.