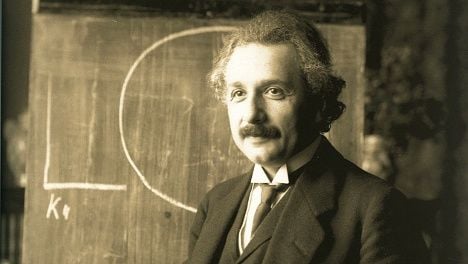 The 1917 letter was sent to German Jewish industrialist and politician Walther Rathenau who went on to serve as foreign affairs minister before being assassinated in 1922.

In the note, German-born Einstein, who became a Swiss national in 1901, hailed the benefits of small states and cited Switzerland as an example.

The future Nobel prize winner said that the size of the country’s cantons necessitated a federal structure to assume essential state functions however.

He held up the German district of Brandenburg as the ideal administrative size.

In 2009, the gallery sold Einstein’s doctorate certificate from Zurich University for 300,960 francs.