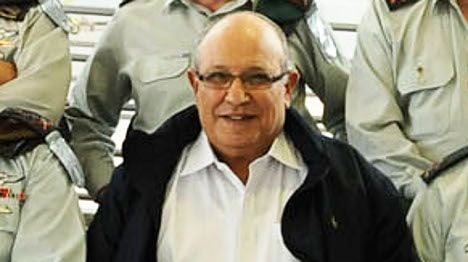 “Arcanum is honoured to have such a deeply qualified and well respected intelligence expert on its team,” Ron Wahid, CEO of Arcanum parent, RJI Capital Company, said in a statement.

“Meir Dagan has been called for in certain cases because his experiences as a general in the defence arena are very valuable,” company spokesman Thomas Landgraf said.

Dagan will not have his own office in Zurich, but will provide services on a consultancy basis.

Since Dagan’s retirement from Mossad last year, he has become increasingly vocal about the dangers of Iran’s development of nuclear weapons.

During his time at Mossad, he is credited with using a variety of ruthless methods to hinder Iran’s nuclear programme, Tages Anzeiger reported.

Dagan has maintained that Iran cannot be stopped by military intervention. On leaving Mossad he told the press that he was against the use of bombs in Tehran, and instead supported any tactic that would delay the nuclear programme without causing an all-out war, online news website Der Spiegal reported last August.