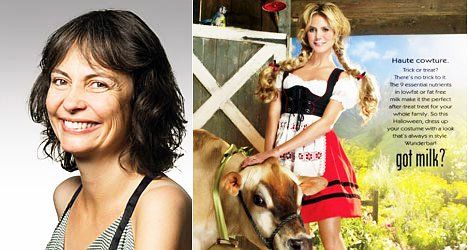 Under the terms of the proposal, advertisements would be vetted for sexist content by a panel of experts representing different interest groups such as schools, churches, health authorities and perhaps also feminists.

There are no fixed criteria but Bavaud suggests that an advert could be considered sexist when there is a disagreement between the product and reality, such as a near-naked woman selling a car.

Bavaud is particularly concerned about the effect that the images have on society.

“I am for freedom of expression, but sexism is a real public health problem: such posters encourage violence or even rape,” she said.

But others see the proposal as puritanical.

“Sensuality and glamour are part of our society,” Francois Brélaz of the Swiss People’s Party said, “it is futile to try to ban it.”

The cantonal government is now in the process of drafting the bill, but the proposal has some way to travel before it would be adopted across the country.