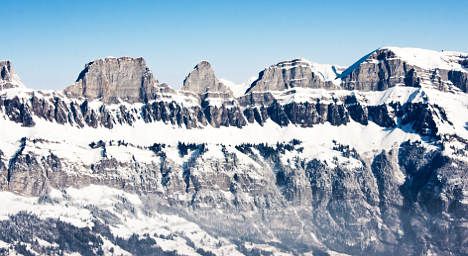 There has been a general feeling in Switzerland among those old enough to remember that the amount of snow has been declining in the last decades.

Now a study conducted by the Swiss Federal Research Institute, Lausanne, and the Institute for Snow and Avalanche Research, Davos, shows that this has in fact been the case.

Four researchers, Martine Rebetez, Gaëlle Serquet, Christophe Marty and Jean-Pierre Dulex, have compared data recorded at 70 different weather stations across Switzerland, finding that the snowfall has been declining significantly since the 1970s.

Sion and Biel in particular have seen a dramatic reduction of 60 percent. Precipitation in Geneva, Bern and Chur has reduced by 50 percent.

Even in regions at altitudes of 1,000 metres or more, such as Chateau d’Oex and La Chaux-de-Fonds, snowfall has reduced by 20 percent. Zermatt, at 1,500 metres and the highest resort in the Alps, has recorded a reduction of 10 percent.

The study also examined variations in recorded temperatures across the country.

“This study shows that not only is snowfall decreasing, but that over the past 30 years, it is the temperature that plays the decisive role,” Martine Rebetez told newspaper Tribune de Genève.

An overall increase of one and a half degrees has been recorded across the country since the 1970s, averaging out at an increase of 0.57 degrees every ten years. This has meant that, when snow might have been falling, winter temperatures of higher than minus 2.7 degrees have turned that snow to rain.

The fact that temperatures are rising and causing this decline confirms that global warming is at work in Switzerland, the researchers say.

“We are witnessing an acceleration of the phenomenon,” Martine Rebetez told the newspaper.

The research will be used by ski resorts to predict snowfall for the next 30 years. The indication is that resorts experiencing winter temperatures above minus 2.7 degrees will certainly be affected, although it remains to be seen what effect this will have on the ski tourist trade.