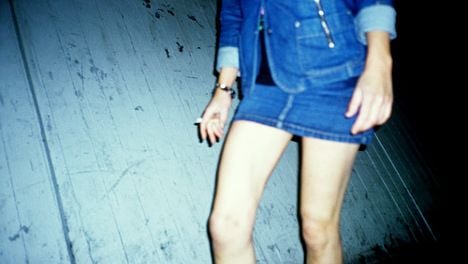 The Zurich vote will be one of several referendums to be held this weekend.

On the federal level, the Swiss would also vote on whether to extend annual holiday entitlements as well as whether the proportion of holiday homes within each commune should be limited.

Proponents for the Zurich referendum want a parking zone built for prostitutes by 2013 at the entrance to the city.

The site would be open from 7pm to 5am, and would have an alley where prostitutes and clients can cruise along and garages where they can carry out their transaction.

The site will be shielded from sight by signs, be fitted with showers and toilets and will feature a gynaecologist for any medical problems and volunteers from the Flora Dora women’s group for any advice.

The proposed site aims to eliminate area’s like Zurich’s Sihlquai area, where about 60 streetwalkers work every night.

Besides nightly traffic jams due to clients cruising along the street, used condoms are among a variety of trash found the next morning on the pavement to the consternation of residents.

“There is a lot of competition along Sihlquai, where many women go with their clients to the backyards of buildings, creating a difficult situation for residents who have to put up with the noise and disorder,” said Ursula Kocher, who heads Flora Dora.

Kocher said that the proposal had the support of the prostitutes themselves, as it could offer better security.

As the parking site would be under the authority of the municipality, officials can get rid of overly aggressive clients, said Kocher.

Three German cities — Cologne, Bonn and Dortmund — have already tried out such garages, but with mixed results. Local associations in Cologne found that such garages helped to reduce violence, while Dortmund said they attracted crime.

Feminist association Zürcher Frauenzentrale is not convinced about the proposal.

“What makes it safer than Sihlquai, where there are many more people?”asked Andrea Gisler, chairman of the association.

“The problem is not solved, just displaced,” she said.

Meanwhile, across Switzerland, a federal referendum will also be held on a push to extend holiday entitlement from the current four weeks to six weeks.

Latest surveys conducted by Swiss national television found however that only 30 percent would vote yes for the proposal which has already been rejected by the government and businesses which warned that it would make labour costs too high.

Union Travail.Suisse had put up the proposal as it finds that a third of employees in Switzerland were suffering from stress at work, and two weeks of additional holidays could remedy the problem.

The Swiss will also vote on whether to limit the proportion of secondary residences to just 20 percent in communes, an issue that is particularly pertinent for ski resorts, many of which have seen a building boom.

Latest opinion polls show that this could be a close call, with those in favour of the limit leading slightly.

“We are aiming to stop the disfiguration of our countryside and soaring property prices for local populations,” said Vera Weber, who introduced the referendum.

For Weber, who is the daughter of a well-known green militant in Switzerland Franz Weber, hotels must be a priority in the mountains.

Under Switzerland’s direct democracy system, anyone can put a question to a referendum if he or she is able to garner the support of 100,000 eligible voters within 18 months.