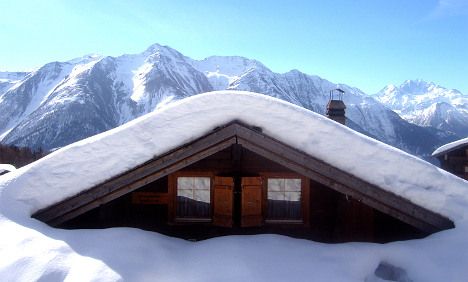 National Councillor Jacqueline Badran is proposing that foreigners be required to have resided in Switzerland for five years before they are allowed to purchase property, newspaper Tages Anzeiger reported.

Badran, an economist who also sits on the board of the German-speaking tenant association, believes that such a move would help’Makecool the property market, making housing prices lower and encouraging investors to create more rental accommodation.

“Many Swiss families can not afford their own homes because of the rapid price increases.”

Badran explained that the returns are higher for investors when building homes for sale rather than homes for rent, meaning that not enough rental accommodation is being built to cater to the increasing need.

But Philipp Müller of the Free Democratic Party of Switzerland believes Badran’s proposals will not remedy the problem because developers will simply build properties to be rented for the first five years with an option to purchase thereafter.

Another potential issue with the proposal is that it may not be compatible with the free movement of people agreement to which Switzerland has subscribed.

“The contract stipulates that EU workers have the same rights as Swiss do when it comes to purchasing a home,” Müller said.

The proposed regulations could also make it harder for the so-called “foreign Swiss”, those Swiss not resident in Switzerland, or who were brought up in Switzerland but have spent many years abroad, to get on the property ladder upon return to Switzerland.

In order to accommodate this group, Badran suggests that the five-year period directly prior to the property purchase should not need to be spent in Switzerland.