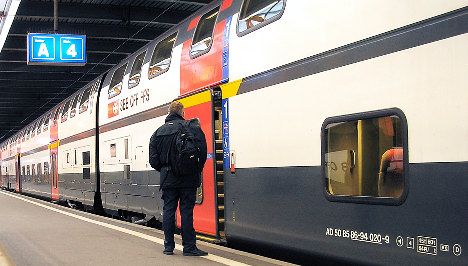 First the driver announced that the next station would be the summit of one of Switzerland’s most famous mountains, Jungfraujoch.

He then went on to say that passengers could continue their onward journey to Wilderswil from there by sleigh.

A second conductor then apologized for his colleague’s ramblings and said the hunt was on for the culprit.

During his lengthy rant, the attendant caricatured SBB’s increasingly long-winded announcements, as he detailed the many travel options available from Zurich’s main station “through our beautiful country”, NZZ said.

He also said that passengers could work out for themselves on which side of the train to alight.

“It’s not difficult,” he said.

The conductor is still in his probationary period with the rail service SBB, having started his new job in December last year.

The man was met from the train by SBB workers on arrival in Zurich.He may have psychological problems and is receiving help, SBB spokeswoman Lea Meyer said.