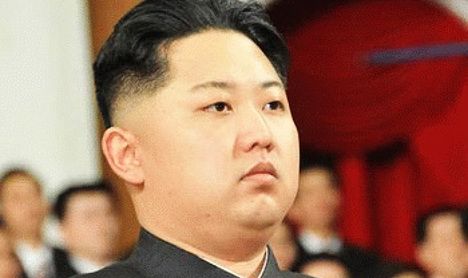 Kim, who is 29, was absent for 75 days in his first year at the International School of Bern, according to Le Matin Dimanche, while in his second year, he missed 105 days of classes.

The boy, who was registered under the pseudonym Un Pak, was sometimes in school only in the afternoons, said the newspaper, quoting an unnamed former classmate.

Not surprisingly then, Kim failed natural sciences with 3.5 out of 6, and obtained a just minimum passing score of 4 for mathematics, culture and society and German.

Even in English, where he was placed in an advanced class before being downgraded to an average one, he obtained the minimum pass grade.

Only in music and technical studies did he obtain 5.

This was despite the fact that Kim, who was born January 8th, 1983, was in a class of children mostly born in 1985 due to his poor level of German — the main language used in the Swiss capital Bern.

Kim took over the reins of the hermetic country after his father Kim Jong-Il's death on December 17th, 2011.