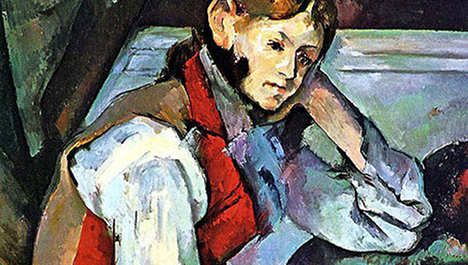 The painting, whose value is estimated at 100 million francs ($109.5 million), was transferred back to Zurich from Serbia, the city’s public prosecutor’s office said.

It was stolen from the E.G. Bührle collection in Zurich in February 2008 together with paintings by Edgar Degas, Vincent van Gogh and Claude Monet.

At the time, the theft was the biggest art heist ever in Europe.

Police recovered the other three masterpieces, but the Cezanne had remained missing until April 11th, when Serbian police found it hidden in the back of a car after chasing down a suspect in Belgrade.

Serbian officials said they had tracked down the painting by the French post-Impressionist after a two-year investigation focused on following a possible sale to a buyer who was reportedly ready to pay three million euros.

The heist involved three armed masked men, and witnesses said they spoke German with a Slavic accent, Swiss police said at the time.

Just days after the theft, Swiss police announced they had found the stolen Monet and Van Gogh paintings in Zurich in the back of a car in the parking lot of a psychiatric hospital.