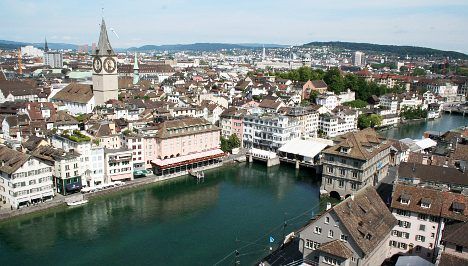 The Tenants’ Association said it has heard of cases where owners have increased the rental prices for their properties overnight by up to 1,000 francs ($1,078) per month, without offering any additional benefits, newspaper Tages Anzeiger reported.

Consequently, a general trend shows prices for rental property being pushed up in the cities.

The Tenants’ Association wants to introduce a new law that would provide for transparency in the market. The measures would include a requirement for the previous rent to be disclosed to the incoming tenant, which would make it easier to challenge the rental amount requested.

“Transparency in rents has a preventive effect and attenuates the development of prices,” association secretary Michael Töngi told the newspaper.

Such practices already exist in the cantons of Geneva and Vaud, and are also expected to be introduced in Zurich in the near future. The Tenants’ Association is hoping to make the disclosures mandatory across the country.

In its bid to protect tenants, the association is also proposing other conditions, such as a ban on homeowners’ termination of rental agreements where the main objective is to increase the rent derived from the property.

Some politicians however do not believe that introducing such measures is necessary, arguing instead that prices are being driven up as by the sheer volume of immigration, rather than a lack of transparency.

According to Philipp Müller of the Free Democratic Party of Switzerland, the issues would be better addressed with more restrictive immigration policies.