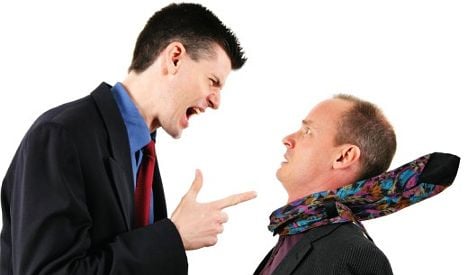 As in the romantic version, about 20 people come together in pairs for seven minutes each. Only this time, instead of trying to size one another up for suitability, the idea instead is to get into an argument.

And if people run out of things to fight about, they can always pull an idea of the proposal pot.

Psychologist Erhard Grieder thinks the events could prove to be positive, given the liberating effect of an uninhibited quarrel.

“We often displace negative feelings, and want to love and be decent, but one needs an outlet for hatred or dislike,” Grieder said.

Nevertheless, he warned that some people store up anger for such a long time that when they release it this way, there could be cases that would need to be watched by the organizers.

“The dispute must remain verbal and on a certain level, otherwise we will intervene,” Münchow told the website.

The new craze starts in Zurich on May 23rd at the Kunstwarenhaus on Stockerstrasse.