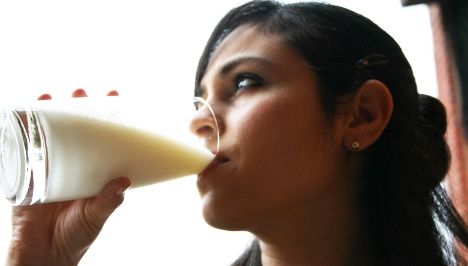 A group of researchers at the Polytechnic School in Lausanne (EPFL) have conducted research into the effect of the molecule nicotinamide riboside, which may also be present in other natural foods and drinks, including beer.

The researchers found that the molecule helped prevent obesity, increasing muscle performance and improving energy expenditure. In addition, it appeared that there are no side affects associated with the molecule, even when the doses were significantly increased.

“It really appears that cells use what they need when they need it, and the rest is set aside without being transformed into any kind of deleterious form,” author Carles Canto said in a statement.

The group first isolated the molecule, and then fed it to mice. Despite being on a high-fat diet, the mice gained significantly less weight than those that were not fed the molecule. They also showed no sign of developing diabetes.

Mice who had been fed the molecule also performed better in endurance tests, as well as in tests measuring heat loss in an air-conditioned environment.

The group hypothesized that an increase in the molecule reflects an improvement in mitochondrial function, the part of the cell that supplies energy.

Mitochondria are thought to play a part in the aging process. It is hoped that by stimulating mitochondrial function with the nicotinamide riboside molecule, scientists may see increases in longevity as well as other health improvements.

The molecule is difficult to isolate and synthesize so it is as yet unclear how much is present in milk or other natural substances.

Johan Auwerx, head of the school’s Laboratory of Integrative Systems Physiology and holder of the Nestlé Chair in Energy Metabolism, led the team.

“At the moment, we can’t even measure its concentration in milk, so it’s impossible to know how much you would have to drink to be able to observe its effects,” Auwerx said.