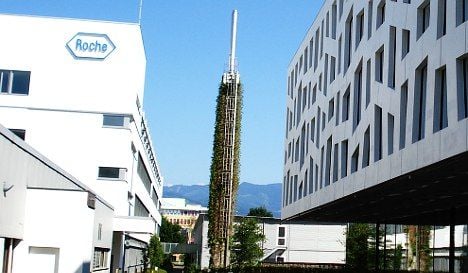 Inspectors at the Basel-based company’s British site in Welwyn found deficiencies related to Roche’s global process of detecting and reporting the adverse effects of medicines.

At the time of the inspection, 80,000 reports for medicines marketed by Roche in the US had been collected through a Roche-sponsored patient support programme, but had not been evaluated to determine whether they should be reported to the EU authorities as suspected adverse reactions.

“These included 15,161 reports of death of patients and it is not known whether the deaths were due to natural progression of the disease or had a causal link to the medicine,” the EMA said in the statement.

“There is at present no evidence of a negative impact for patients and while the investigations are being conducted there is no need for patients or healthcare professionals to take any action,” added the EMA.

A Roche spokesman said the company “acknowledges it did not fully comply with regulations and appreciates the concerns that can be caused by this issue for people using its products.

“Roche is committed to actively pursuing corrective and preventative actions to address this matter expeditiously,” it added. “The non-reporting of these potentially missed adverse events was not intentional.”

The EMA is the equivalent of the US Food and Drug Administration and regularly carries out inspections to ensure correct adverse drug reporting.

This is meant to identify problems with drugs by recording when a patient dies or has a medical setback, even if they have an underlying disease.