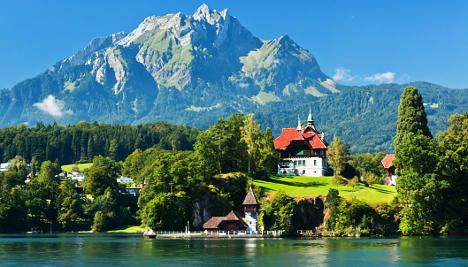 “Do something before the euro finally splutters its last cough and dies, taking your assets down with it.” This is the message Swiss investment companies are sending to wealthy Germans, Die Welt said on Sunday.

“Transfer your assets to the most secure democracy in Europe. To Switzerland, where private assets are respected,” reads one newsletter sent out by one unnamed company quoted in the article.

And in the uncertainty of the crisis, some Germans seem open to the message of panic, and are converting their euros into bricks and mortar, snapping up Swiss property at any price.

Popular areas with German investors include the historic city centres of Geneva and Zurich as well as prominent locations on the shores of Lake Geneva – where a property can cost up to €52 million.

Unlike during the housing booms seen across Europe in the past decade, said the paper, buyers are not looking for a short term return on their investment, but for long term security – a solid asset that can be passed onto their children.

“A lot of the time it’s rich German families, very wealthy industrialists, who have floated their companies on the stock exchange or sold them and now have large amounts of liquid assets,” said Müller.