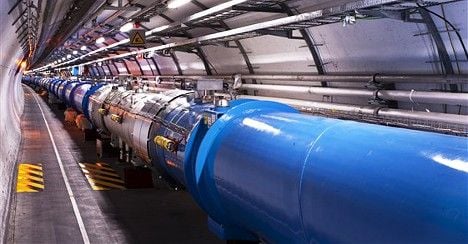 Rousing cheers and a standing ovation broke out at the European Organisation for Nuclear Research (CERN) in Geneva after scientists presented data in their long search for the mysterious particle.

The new find is “consistent with (the) long-sought Higgs boson,” CERN declared in a statement.

It added further data was needed to identify the find.

“We have reached a milestone in our understanding of nature,” said CERN Director General Rolf Heuer.

“The discovery of a particle consistent with the Higgs boson opens the way to more detailed studies, requiring larger statistics, which will pin down the new particle’s properties, and is likely to shed light on other mysteries of our Universe.”

Peter Higgs, a shy, soft-spoken British physicist who published the conceptual groundwork for the particle, back in 1964, expressed joy.

“I never expected this to happen in my lifetime and shall be asking my family to put some champagne in the fridge,” he said in a statement issued by the University of Edinburgh, where he was a professor.

Finding the Higgs would validate the Standard Model, a theory which identifies the building blocks for matter and the particles that convey fundamental forces.

It is a hugely successful theory but has several gaps, the biggest of which is why some particles have mass but others do not.

Mooted by Higgs and several others, the boson is believed to exist in a treacly, invisible, ubiquitous field created by the Big Bang some 13.7 billion years ago.

When some particles encounter the Higgs, they slow down and acquire mass, according to the theory. Others, such as particles of light, encounter no obstacle.

CERN uses a giant underground laboratory where protons are smashed together at nearly the speed of light, yielding sub-atomic debris that is then scrutinised for signs of the fleeting Higgs.

The task is arduous because there are trillions of signals, occurring among particles at different ranges of mass.

Over the years, tens of thousands of physicists and billions of dollars have been thrown into the search for the Higgs, gradually narrowing down the mass range where it might exist.

Two CERN laboratories, working independently of each other to avoid bias, found the new particle in the mass region of around 125-126 Gigaelectronvolts (GeV), according to data they presented on Wednesday.

Both said that the results were “five sigma,” meaning there was just a 0.00006 percent chance that what the two laboratories found is a mathematical quirk.

“The results are preliminary but the five sigma signal at around 125 GeV we’re seeing is dramatic,” said Joe Incandela, spokesman for one of the two experiments.

“This is indeed a new particle. We know it must be a boson and it’s the heaviest boson ever found. The implications are very significant and it is precisely for this reason that we must be extremely diligent in all of our studies and cross-checks.”

Scientists began to pore over what the historic find could mean.

“(The Higgs) has been anticipated for more than four decades and were it not there theorists all over the world would have been back to their drawing boards in desperation,” said Anthony Thomas at the University of Adelaide in Australia.

“This could the Higgs boson that has been found, which may shed light on how matter came into being at the very start of the Universe, a thousandth of a billionth of a second after the Big Bang,” he told AFP.

“It may be the Higgs boson, but it may also be something far bigger, which opens the door towards a new theory that goes beyond the Standard Model.”

Higgs got his idea while walking one weekend in Scotland’s Cairngorm Mountains. On returning to his lab, he declared to his colleagues that he had just experienced his “one big idea” and had an answer to the enigma of how matter got its mass.

The Higgs has become known as the “God particle,” the quip being that, like God, it is everywhere but very elusive.

In fact, the origin of the name is rather less poetic.

It comes from the title of a book by Nobel physicist Leon Lederman whose draft title was “The Goddamn Particle,” to describe the frustrations of trying to nail the Higgs.

The title was cut back to “The God Particle” by his publisher, apparently fearful that “Goddamn” could be offensive. 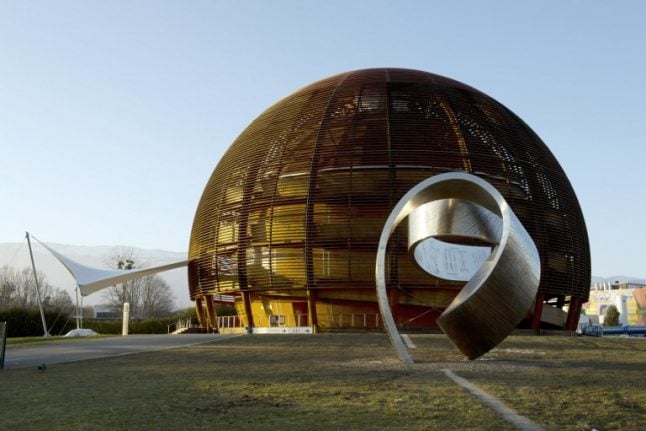