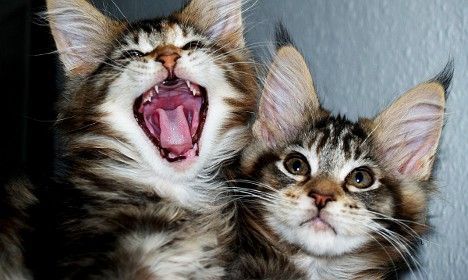 “Domestic cats have no place in nature, specifically not in the forests and mountains. We should capture them, kill them ‘humanely’ and not release them. Domestic stray cats become a major issue for local biodiversity,” the email read.

Tomek, who has worked to have stray cats spayed to prevent numbers from getting wildly out of hand, said she was scandalized by the suggestion.

“I do not see how a gamekeeper would differentiate between a domestic cat that comes home and another that lives in the wild,” she said.

Christian Democrat parliamentarian Luc Barthassat wondered how the idea would work in practice.

“Our game wardens are not capable of shooting wild boar. So you can imagine a smaller target, a cat…” he said.

According to a British survey, cats each kill an average of 12 birds per year. For the estimated 1.5 million cats thought to be in Switzerland, that means a loss of more than 15 million birds, some of which are endangered species.

And birds are not the only animals on the menu of this favoured pet.

“In parts of Switzerland, the lizards have disappeared,” biologist Matthias Kestenholz from the ornithological institute in Lucerne told the website.

There are also fears that, through interbreeding, the domestic cat will eventually be responsible for eradicating the few remaining wild species of cat that are native to Switzerland.