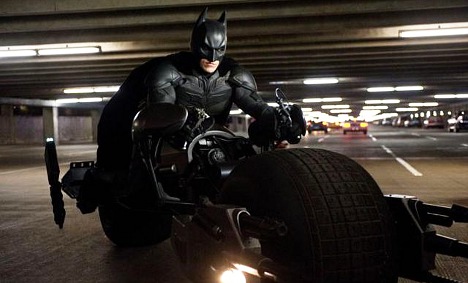 Warner Brothers, distributor of The Dark Knight Rises, withdrew plans to celebrate the opening with special events in the wake of the tragedy last Friday that left 12 people dead and at least 58 injured in a suburban cinema near Denver.

The Pathé cinema chain, with multiplexes in Geneva and Zurich, announced that it would be checking handbags of people viewing the film.

“This measure of security has been sought at an international level by Warner Brothers,” Diana Bolzonello, a spokeswoman for the distributor told the ATS news service.

Cinemas across the country were full for special early screenings of the film, although plans for promotional festivities and special effects were called off, Warner Brothers Switzerland announced.

In Lausanne, the Cinétoile theatre cancelled plans for a soiree with a DJ to accompany a screening of the film.

Some filmgoers in Aurora, Colorado initially thought a masked gunman who opened fire on the audience after throwing gas canisters into the cinema was part of a special effects promotion for the Batman film premiere there.

The heavily armed man was later arrested without incident.

The Swiss premieres were held on the same day suspect James Holmes, 24, made a first appearance in an Aurora court on Monday.

News reports indicate that Holmes, whose hair was dyed orange, told police upon arrest that he was The Joker, a villain character from the Batman series who also dyed his hair.

Despite the tragic incident, The Dark Knight Rises set a box office record for a non 3-D film, making an estimated 160 million dollars in its opening weekend in the US and Canada.