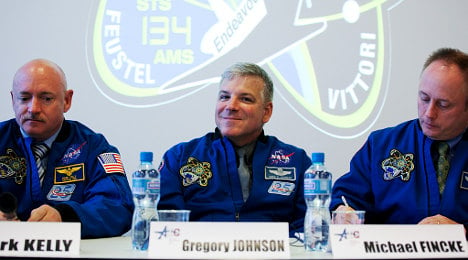 The six-man team, led by commander Mark Kelly, touted the “cosmic particle detector” — developed in the Swiss canton — that the shuttle carried to the International Space Station in May 2011.

The detector, called an Alpha Magnetic Spectrometer (AMS), was assembled at the Geneva-based Centre for European Organization for Nuclear Research (CERN).

Part of a particle physics experiment that is probing outer space for unusual matter by measuring cosmic rays,the spectrometer is “the most significant scientific thing the space station will do,” Kelly said.

Speaking to a gathering of the American International Club near CERN’s headquarters, Kelly underlined the importance of the sophisticated machine, which is beaming back information to physicists in Geneva.

Costing around two billion dollars, the AMS is already collecting “19 billion cosmic rays that are being analysed just down the street from here,” the former US Navy captain said.

Michael Fincke, a member of the Endeavour team who spent a year on the International Space Station — more time than any other American — said the spectrometer “over time is going to tell us what the universe is about”.

The AMS, developed with the involvement of the University of Geneva’s physics department, will collect data until at least 2020.

Kelly told The Local that funding for the International Space Station, built by 15 countries, is only guaranteed for the next eight years.

A decision whether to “de-orbit” the station has yet to be made, he said.

The American International Club event was held at the European headquarters of technology firm HP (Hewlett Packard) in Meyrin, just blocks away from CERN.

The Endeavour team, including five NASA astronauts and Italian Roberto Vittori from the European Space Agency, presented a video and each spoke of their experiences from the final mission.

They wowed the audience with anecdotes of tackling zero gravity and making space walks to repair the space station.

“I was scared to death,” admitted astronaut Andrew Feustel, when asked how it felt to walk in space for the first time.

Feustel described opening a hatch to exit the space station and seeing the earth as “the only thing below”.

Once you get beyond the fear of falling, he said, “you get back in training mode and you only have six and a half hours to get the work done and you don’t have time to be scared.”

The astronauts spent two years training in preparation for Endeavour’s last mission, which ended after 16 days when the craft landed for the final time on June 1st 2011.

A decision made earlier by the administration of former president George W. Bush ended funding for the programme.

President Barack Obama’s administration has approved a “commercialization” plan that gives smaller amounts of money to several companies to see what technologies they can develop to send craft into space.

SpaceX, a California company, has succeeded in sending cargo to the International Space Station with its unmanned Dragon spacecraft.

But Kelly said such craft are a “long way off” the capabilities of NASA’s space shuttles.

The astronauts, who visited Mont Blanc in nearby France on Monday, later appeared on Tuesday night at a Geneva theatre in an event organized by the University of Geneva and a non-profit foundation. 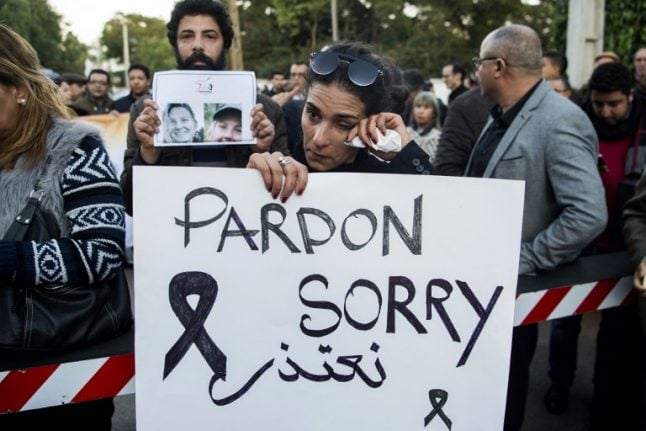