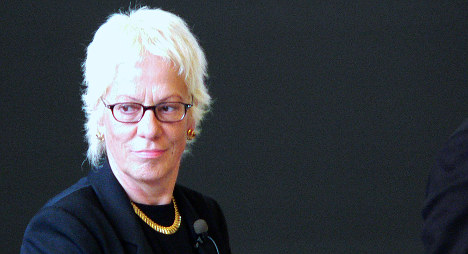 Del Ponte has been advocating that a one-year investigative panel set up by the UN Human Rights Council last year to probe rights violations in Syria be extended, a spokesman for the federal department of foreign affairs said in a television interview.

"That's why Switzerland is proposing that Madame del Ponte come to support the work of the commission," Tilman Renz said.

The UN panel's mandate is due to run out in September.

Its investigators have not been allowed into Syria but have issued several reports based on interviews with those fleeing the violence.

In their latest report on August 15th, the UN investigators said Syrian government forces and their militia allies have committed crimes against humanity and that rebels have also carried out war crimes on a lesser scale.

Some 25,000 people have been killed since an uprising against President Bashar al-Assad's rule first erupted in March 2011, according to activists.

The UN says at least 200,000 people have fled the fighting to neighbouring countries while another 2.5 million are in need inside Syria.