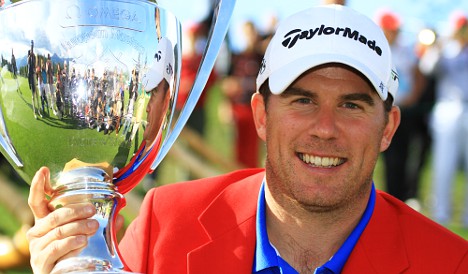 Ramsay finished at 16 under par, with Australia's Marcus Fraser, Romain Wattel of France, Fredrik Andersson Hed of Sweden and England's Danny Willett all on 12 under.

It is the second tour title of Ramsay's career after his triumph at the South African Open in 2010, and the second win in as many weeks for a
Scotsman, following Paul Lawrie's success at the Johnnie Walker Championship at Gleneagles last weekend.

"It was always going to be difficult because Paul is a fantastic player, but my plan was just to play the golf course and pretend I was playing with my
two best mates," Ramsay said after seeing off the challenge of fellow Aberdeen native Lawrie, who slipped back to joint-sixth after a 70.

"That was my plan all week and it worked. I managed to stay patient. A few deep breaths along the stretch and holing that final putt felt so, so good.
You can't buy that feeling."

A third-round 64 gave Ramsay the lead coming into the final round by a stroke from Lawrie, and he started superbly, going through the front nine in
just 31 strokes.

Victory appeared certain from the moment he went four shots clear thanks to birdies at three and four.

He dropped his first shot of the day at the 13th, but then produced a stunning eagle three at 14, and another bogey at 17 could not prevent him from claiming the title.

The 29-year-old is the first Scotsman to win in Crans-sur-Sierre since Colin Montgomerie back in 1996.

That was despite Fraser, Wattel and Andersson Hed also enjoying rounds of 66, although Willett, who had come into the day one shot adrift of the lead, needed to do better than a 69 to stay in contention for a second title of the season.

Another Englishman, Lee Slattery, shot the round of the day, his 64 featuring two eagles and taking him to eight under for the weekend. 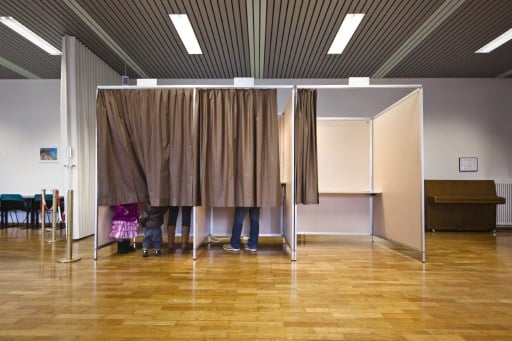 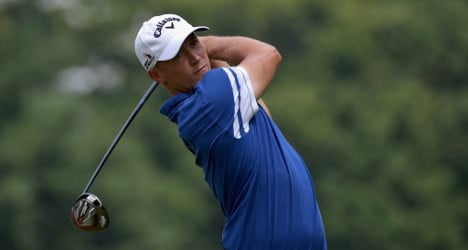 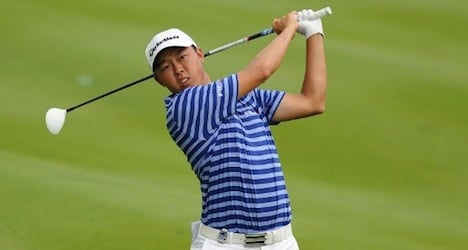 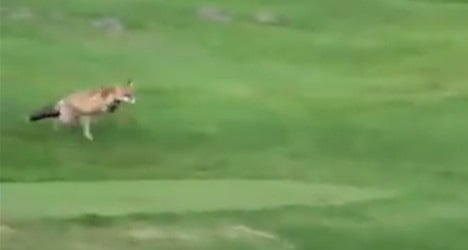