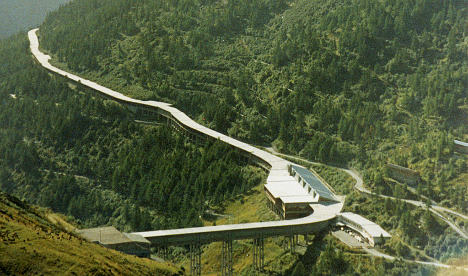 Valais cantonal police issued a warning about the closure of the 5.8-kilometre road tunnel, which links Switzerland and Italy.

The landslide occurred on the Swiss side of the two-lane tunnel, near Bourg Saint Bernard.

The cause of the slide was a rupture of water accumulated in the soil, police said.

An official from the tunnel told The Local that the tunnel reopened at 5am.

“Everything is fine now,” he said.

A geologist was scheduled to fly over the area to inspect the situation.

Affected vehicles, including transport lorries, were able to use an alternate route over the Great Saint Bernard Pass.

The tunnel is normally open 24 hours a day.