"Inquiries have shown that Swiss hand grenades delivered to UAE in 2003 and 2004 reached Syria," the Federal Department of Economic Affairs said in a statement, presenting the results of a two-month probe.

Switzerland and the UAE launched the investigation after Swiss media published a photograph of a Swiss-made hand grenade taken by a reporter shadowing rebels north of Aleppo at the end of June.

The probe found that the UAE gave "part" of its munitions delivery to Jordan "to help the country in its fight against terrorism".

"From Jordan, the hand grenades clearly surfaced in Syria," the Swiss economic affairs department said, adding that the UAE had provided a written guarantee that no other munitions were involved.

With the joint Swiss-UAE investigation over, Switzerland would resume its arms exports to the UAE after a temporary freeze, the statement said.

But future exports will take place on a stricter footing to ensure that no other weapons shipments go astray, it added.

Future arms shipments will for instance require written guarantees from "a high-ranking government official" and must be countersigned by a diplomatic note that they will stay put in the purchasing country.

The economic affairs department also said Switzerland intends to tighten its inspections of arms shipments to the UAE, and would reexamine "shipments of arms carried out previously to some countries".

The economic affairs department said previously that the UAE army imported some 225,000 Swiss hand grenades in 2003, stressing that Switzerland has not exported any weapons to Syria since 1998. 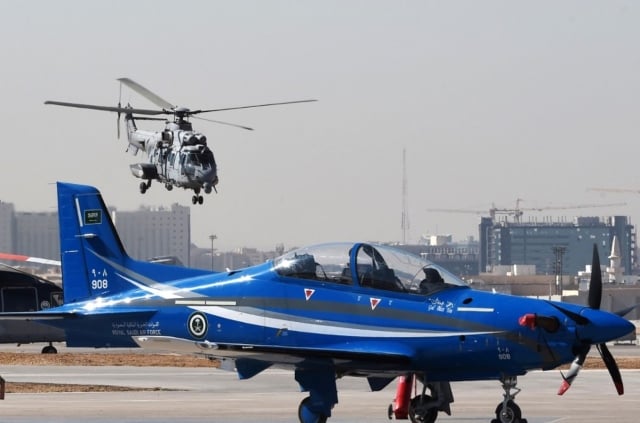 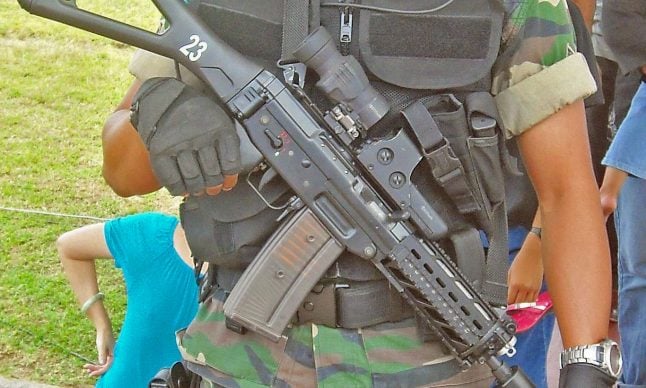 A SG 553 assault rifle, manufactured by Swiss Arms AG, in the hands of Malaysian Air Force Paskau commando. Photo: Rizuan/Wikimedia Commons
Causing outcry from opponents, the landlocked state said that “war materials” could be sold, but only if they were not used during an internal conflict. The Swiss government said in a statement: “The delivery of war material to a country involved in an internal armed conflict must continue in principle to be refused.”
However, it added, “it should now be possible to grant export authorisation if there is no reason to believe that the war materiel to be exported will be used in an internal armed conflict”.
The exemption “would not apply to countries plagued by civil war, like Yemen or Syria today,” the government said.
The economy ministry must now amend the ruling on war material, which will then have to be officially approved by the government. As it is a ruling, the decision of the government cannot be the subject of a referendum, ministry of economy spokesman Fabian Maienfisch told AFP.
Explaining its decision, the government highlighted the concerns of the Swiss armaments industry, saying Swiss arms exports “have declined more or less constantly for several years”.
The Swiss government said that in order to keep its “credibility”, the small country must have its own security and defence industry.
Opponents to the government were outraged by the decision and cast doubt over its motives. The Socialist Party accused it of wanting to “allow the export of war materiel to countries in the midst of civil war” to meet “the wishes of the arms industry, which has nothing to do with respect for human rights”.
The Greens said the decision was unjustifiable in the name of humanitarian law, stressing that the government was going to “sabotaging” the tradition of Switzerland facilitating behind-the-scenes exchanges during conflicts.

SYRIA
Switzerland struggling to bring Swiss IS fighters in Syria before its courts
Url copied to clipboard!