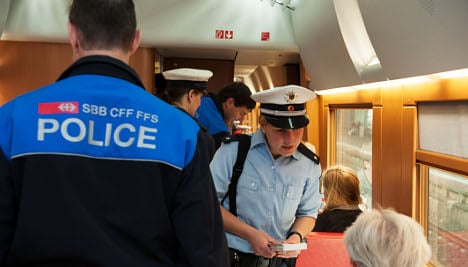 The SBB said one of its security officers accidentally shot himself in the foot with a handgun early on Wednesday while at the transport police service premises in Bern.

The bullet pierced the man’s left heel, the state-owned rail company said in a news release.

The officer was taken to hospital, where his condition was “good under the circumstances”.

The cause for the misfiring is under investigation, SBB said.

The commander of the railway police department informed local police about the incident, the rail company said.

The SBB transport police have been authorized to carry service weapons since July 1st 2011 after the federal government approved the controversial measure.

But officers have only been using them since July and the shot in the foot marked the first time one had been fired on the job.

The railway said training and testing of its police officers is “identical” to the requirements of cantonal police forces.

After initially being cool to the idea, SBB argued that its officers needed to be armed to deal with ongoing security issues on trains, including the alleged increased willingness of passengers to use violence.

A spokesman for the rail company said last year that arming train police would have a “preventive effect”.