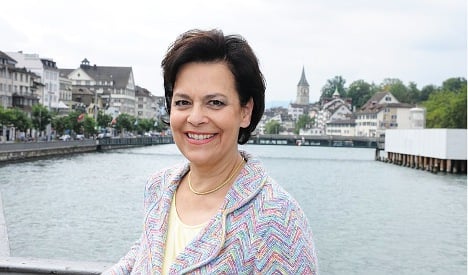 Zurich and the surrounding canton that carries its name is considering slashing its corporate tax rate from the current 26.9 percent to "between 14 and 16 percent", canton finance minister Ursula Gut-Winterberger told the Neue Zürcher Zeitung daily's online edition.

By doing so, Switzerland's economic centre would aim to convince foreign companies to remain in the canton even if Switzerland bows to EU pressure and alters a system allowing such firms to pay less taxes than Swiss companies.

Gut-Winterberger acknowledged though that such a steep corporate tax cut could not be carried out unless Switzerland agreed to help shoulder the burden, with the move expected to result in a canton-wide tax revenue loss of 500 million francs ($540 million) — 350 million of that in the city of Zurich alone.

The Zurich proposal follows a similar proposal presented in Geneva last week, suggesting that Switzerland's second-largest business hub should cut its corporate tax rate from around 24 to 13 percent in a bid to hold onto foreign firms if their preferential fiscal status is abolished.

A report commissioned by Geneva authorities predicted that stripping foreign firms of their special status could push more than 900 multi-national companies to leave, costing the canton some 3.7 billion Swiss francs and around 20,000 jobs.