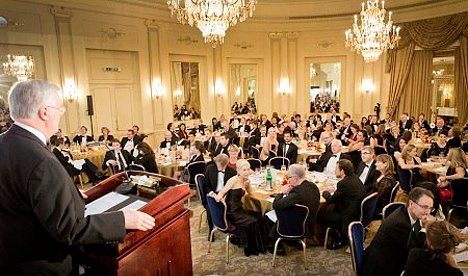 The winners were decided by a panel of judges from a list of finalists after members of the public were invited to nominate candidates for the competition, organized by the British-Swiss Chamber of Commerce.

SkyWork, with roots in the early 1980s as a flight training school, changed its focus and began operating scheduled flights in 2009.

The company expanded its operations after investor Daniel Borer took over the company in 2010 and began developing SkyWork as a “high-quality carrier in the low price segment”.

SkyWork Airlines “deserved particular commendation for its role in linking both the capitals and the regions of Switzerland and the UK,” Carolyn Helbling, managing director of the British-Swiss chamber, said in a statement.

“During their relatively short existence, they have made each country far more accessible to the other and now transport some 30,000 passengers between our markets each year.”

Made in Switzerland was honoured for marketing its beer, 1936 Bière, produced at a small brewery at the foot of the Alps.

King’s Kurry, a 10-year-old company that operates and franchises Indian restaurants in major Swiss cities, won in the social responsibility category for its financial help to aid organizations in India.

Begun by the Londoner six years ago in Zurich, the club presents shows there, as well as in Basel, Lausanne and Geneva.