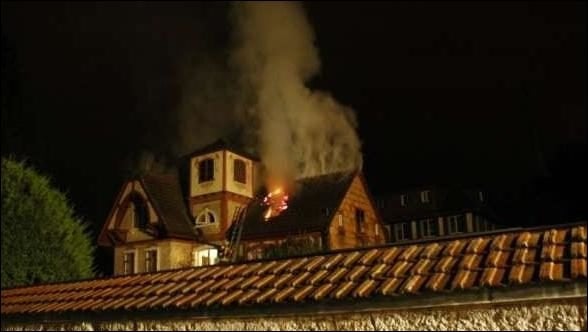 The blaze at the building on the Upper Greibengasse was reported by a neighbourhood resident at 4.30am, Solothurn cantonal police said.

Residents of the home were evacuated but the woman was still in the building amid flames before she could be recovered by officers, police said.

Efforts by medics to revive the woman were unsuccessful and she died on the spot, police said.

Solothurn’s institute of forensic medicine is looking into the exact cause of her death.

Around 30 fire fighters brought the blaze quickly under control.

The cause of the fire remains under investigation.

Police estimated the damage in the tens of thousands of francs.