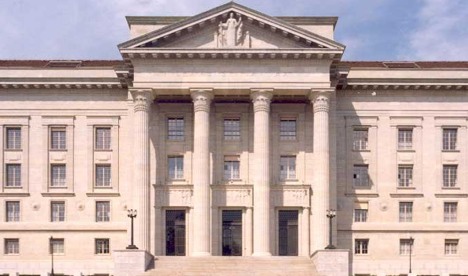 The case dates back to May 13th 2006 when a Zurich football club supporter, now 27, attacked another man who tried to intervene in an altercation.

He punched the victim, a 33-year-old man, in the head, knocking him to the ground.

The incident occurred during festivities to celebrate FC Zurich’s clinching of the Swiss football championship.

The victim has remained an invalid ever since the attack, the ATS news service reported on Wednesday.

A year after the incident the hooligan attacked another person.

He was initially sentenced by a lower court to a three-year jail term, partially suspended.

On appeal, this sentence was increased to four years unconditional imprisonment by the canton of Zurich’s top court.

After a further appeal, the federal court agreed that the stronger sentence was necessary.

The judges ruled that the bodily injuries caused were the result of an intentional act and that the assailant had taken the risk to cause the victim serious injuries.

The decision emerged as cantonal authorities last week agreed to step up measures to tackle hooliganism at football and ice hockey games.

More than 1,000 people identified as hooligans are currently banned from entering sports stadiums in Switzerland.

Cantonal police and justice directors have agreed to ban alcohol from the stands of stadiums at matches judged to be risky because of the teams involved.

The ban is to take effect next June.